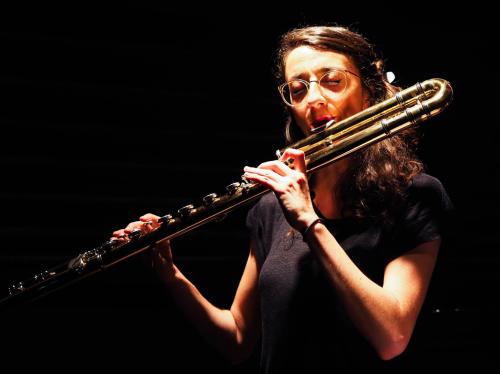 After 15 years of classical music traning, rewarded by several degrees in the Music Academies of Besançon, Rueil-Malmaison and Lyon in flute, musical theory and chamber music, as well as a musicology bachelor degree, she completed her studies by the CFMI (Training Center of Music Facilitators) of Lyon.
Her musical practice is enriched by playing in very different kind of musical aesthetics, from balinease gamelan to improvised musics.